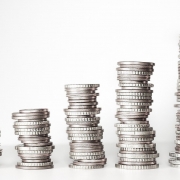 UPDATE:  WE REACHED 67% OF OUR GOAL. THANK YOU TO EVERYONE WHO DONATED!  WE WILL KEEP YOU POSTED.

On another note, Philip has reapplied for early release under FIRST STEP. Please pray for all involved in this process.  His paperwork was sent to the wrong address by the government last time.

If you have ever thought about donating to Philip’s attorneys’ fees, now is the time to maximize your donation!

Short version: Philip is in prison for giving a ride to Lisa and Isabella Miller from Lynchburg, Virginia to Buffalo, New York!

Lisa was in a lesbian relationship, got a civil union in Vermont, had Isabella in Virginia, got gloriously saved, dissolved the civil union. Janet Jenkins filed in Vermont for parental rights and visitation. Judge granted both, although a Virginia judge had declared Lisa Isabella’s only mother.

Lisa allowed the visitation for a while, but discovered Isabella was being sexually abused. After years in the court system (from 2004 – 2016), Lisa had no choice but to flee the country to save her daughter from the abuse by Janet Jenkins and the court system.

The sexual abuse was never allowed to be presented in court; thus, Philip was convicted of Aiding International Parental Kidnapping. Mind you, Lisa had full custody of her daughter and their passports, and she was under NO travel restrictions.

NO CRIME WAS COMMITTED!

“But my God shall supply all your need according to His riches in glory by Christ Jesus.” Phil. 4:19