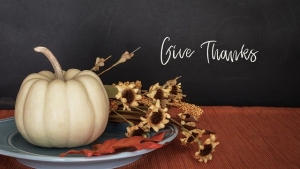 It seems unreal to me that the one-year mark of my being in prison will be here in about two weeks.  Thanks to your faithful prayers, God continues to sustain me and Kathie and answer prayers.

The day my cell mate, JB, left for a prison camp in October, I was able to secure permission from the unit counselor to move to the bottom bunk for which I was so grateful to the Lord!  I then received permission to use both sleeping mats on my bunk until the time I got a new cellmate.

Frankly, I had gotten very comfortable in my isolation, even though I’ve read Proverbs 18:1 many, many times: “He who separates himself seeks his own desire, he quarrels against all sound wisdom.”  I soon began to realize I was being selfish.

Meanwhile, a friend here in prison who is a new believer and faithfully comes to the Bible study I teach on Saturday gave me a copy of the book, “The Purpose Driven Life,” which frankly reiterated the conviction God put in my heart of being selfish.

And so, last Sunday and Monday I began to pray, “Lord, I am sorry for being selfish.  If there is someone you would have me to minister to, I trust you to bring just the right person to share my cell with.”  He arrived the next afternoon — a very quick answer to prayer, but an answer I’m certain.

God quickly enabled me to establish a rapport with MM.  And soon our discussions began to revolve around my faith in the Lord.  MM has used his best arguments on me, but God has provided me wisdom to respond from His word.  The amazing thing is on Thursday, MM found out from the unit counselor he should have been sent to a medium level facility, and his coming here was a mistake on the BOP’s part.  A mistake they would overlook as long as he did not get into trouble.  Once again I told him something, I’ve already said several times to him — “God has you here for a purpose, just as He has me here for a purpose.”

Over the weekend, MM tested his best arguments on me questioning that Christ is the only way to salvation, and I was able to provide some specific Scriptures that dealt with his arguments.  A little later in the day as he was leaving the cell he said, “God must have put you here for a purpose.  I have been using that argument I gave you most of my life, but nobody has ever been able to open the Bible and answer me.”  All I could think was, praise the Lord!

MM has been faithful in coming most nights to our unit prayer circle and has told me he’s trying to give up cursing.  I told him God would help with that if he would accept Christ into his heart.  Please pray he will make this decision to accept Christ as his Lord and Savior.

On the legal front, I have still heard nothing pertaining to my motion to Judge Arcara to vacate my sentence due to the fact there was an affirmative defense for “violent abuse.”  The government responded back in late summer acknowledging the affirmative defense in the statute, but making a case that the abuse couldn’t be proven so it didn’t matter.  I responded to Judge Arcara citing a case demonstrating that the abuse need not be proven, but rather it merely provides a reasonable basis for motive.

Then, last week, thanks to the diligence of a paralegal here in prison who has been trying to assist me, I filed a supplement to that motion providing still more case precedence.  It was another International Parental Kidnapping case where the conviction was vacated by the sentencing judge, and his decision upheld in the 2nd Federal Circuit Court because the judge at the time of trial refused to define “violent abuse” to the jury, something the Department of Justice clearly defines as “a pattern of abusive behavior in any relationship that is used by one partner to gain or maintain power and control over another partner.  Domestic violence can be physical, sexual, emotional, economic, or psychological actions or threats of actions that influence another person.  This includes any behavior that intimidate, manipulate, blame, hurt, injure, or wound someone.”  Clearly Isabella’s alleged abuse fits this description!

So please continue to pray my sentence is vacated, which should, in all likelihood, also help with my defense in the upcoming civil trial against me sometime next year.

Your prayers mean so much for us.  You can’t imagine how it lifts our spirits when someone comes up to Kathie, drops by the house, or writes one of us that they pray for us every day.  Often these are people we haven’t seen or heard from in years!

I praise God and thank Him for you each and every day.  And we are also so grateful for the way so many have generously donated to defray our legal expense as they continue to mount.

I thank God for you in my prayers and wanted you to know how grateful Kathie and I are.

God bless you this Thanksgiving!

One Year Anniversary
Skip to content Scroll to top