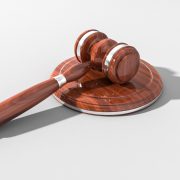 Christian Businessman Convicted of Aiding a Birth Mother in an International Parental Kidnapping to Save Her Child from Sexual Exploitation and Indoctrination.

Lynchburg, Virginia, April 5, 2018 – A Christian business man, Philip Zodhiates, is awaiting the hearing of his appeal of his conviction for helping a birth mother, Lisa Miller, travel to New York in order to save her daughter from visitation with the “other mother.”

Lisa Miller was in a lesbian relationship with another woman, and they obtained a civil union contract in the State of Vermont.  The couple moved to Virginia, and they wanted to start a family, so Lisa was artificially inseminated and had Isabella in April of 2002.

Lisa accepted Jesus as her personal Lord and Savior, and became fully committed to raising Isabella in a Christian home. She went to Vermont to dissolve the civil union.  Sometime in 2004, the other woman was deemed to be a “parent” by the Vermont courts, and she filed for visitation.

The last sentence of the Amendment should have protected Lisa and Isabella – “Nor . . . recognize another union, partnership, or other legal status . . .” Virginia does not/did not recognize civil unions from other states in 2007.

Visitation went on for a while until Isabella came home telling her mother that she had to bathe with the “other mother,” and started wetting the bed and talking suicide at age 7. Homosexual indoctrination took the form of reading the book, Heather Has Two Mommies, over and over again to Isabella.  Isabella had gone from a carefree, vivacious youngster to a fearful, cowering child clinging to her mother. When Lisa saw the behavioral changes in her daughter, she stopped all visitation, much to the chagrin of the Vermont judge.

At the time Philip, Lisa and Isabella traveled from Virginia to New York, Lisa had full custody of her daughter with no travel restrictions and unrestricted possession of their passports. She had every right to travel wherever she wanted with her daughter.

There are two travesties here: 1) The Virginia Supreme Court did not stand behind the Virginia Marriage Amendment in protecting Lisa and Isabella, and 2) Philip was unjustly convicted of helping a fellow Christian with transportation.

Conclusion: The LGBTQ community is using this case to set a precedent for other child custody / visitation cases dealing with ex-gays. They don’t want citizens to know that there is a way out of their lifestyle – that it is perfectly normal behavior, and they want it to become universally accepted.

Lisa, Isabella and Philip, as well as two Mennonite pastors have been caught up in the LGBTQ web of deceit and indoctrination.