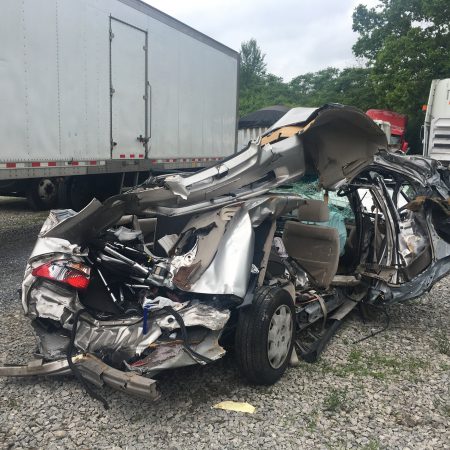 April 25, 2018 was a day of contemplation for the Miethe family. It was a day of thankfulness and wonder for God’s love as well as His provision.

It was exactly one year ago on April 25, 2017, that Nicole Miethe and her daughter Mercy, were hit from behind at 55mph+ and launched directly in to oncoming traffic! After a severe collision the car ended up looking like a steel accordion. Passers by wondered if anyone could live through it and feared the worst when calling 911. It was an awful sight and even the first officer on the scene has said that he had no words to describe the fact that they were alive, other than calling it a “miracle.” Looking at the pictures it’s clear that this was a traumatic incident all around, and it was one that was going to affect the Miethe family forever. 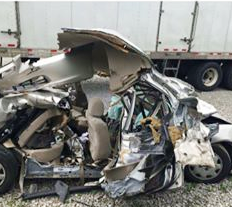 fter effects from the accident. Nicole has at least 2 more surgeries in the next few months, is suffering from a form of PTSD, and is having trouble sleeping due to memories of the accident.

Hayden is doing his best to continue working while supporting his wife and daughter, but the Miethe Family has 9 children, the youngest being 8 months old, so they have been hit very hard financially.  As Hayden has stepped in to help care for the family he has lost a lot of work and things have become even more difficult.  They are desperately in need of our support and graciously welcoming any donations to assist with medical expenses.