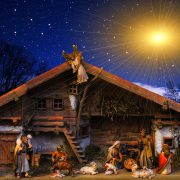 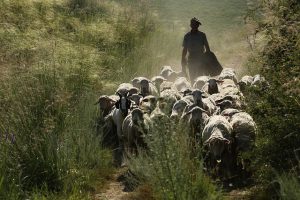 The Meek Were Kneeling

So he went to the shepherds. Men who didn’t have a reputation to protect or an ax to grind or a ladder to climb. Men who didn’t know enough to tell God that angels don’t sing to sheep and that messiahs aren’t found wrapped in rags and sleeping in a feed trough . . .

A small cathedral outside Bethlehem marks the supposed birthplace of Jesus. Behind a high altar in the church is a cave, a little cavern lit by silver lamps.

You can enter the main edifice and admire the ancient church. You can also enter the quiet cave where a star embedded in the floor recognizes the birth of the King. There is one stipulation, however, You have to stoop. The door is so low you can’t go in standing up.

The same is true of the Christ. You can see the world standing tall, but to witness the Savior, you have to get down on your knees.

while the theologians were sleeping . . .

and the successful were snoring . . .

the meek were kneeling.

Excerpt from One Credible Savior from the writings of Max Lucado

Why?
Scroll to top