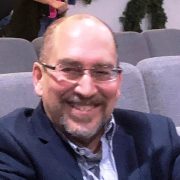 Thank you once again for your prayers, and the financial support from so many of you. Both are especially critical right now.

Since I do not have a copy of my previous letters, I do not know or remember all that I’ve already told you. However, yesterday I mailed the response to my attorneys’ answers to Judge Arcara’s specific questions. The answers the lawyers gave were pretty much what I expected from them.

D., the Christian brother here in prison helping me draft all this pro se legal stuff, in consultation with me, has been working for weeks on my response to their answers and the final plea to Judge Arcara to vacate my sentence. We have attempted to anticipate every final thing the government will say in their final amended objection to my petition to vacate my sentence and include answers to those arguments in advance. With Gods help, no stone will be left unturned. I truly believe that even if I had the highest paid attorney in the United States, I would not have found anybody more diligent and capable than D. And he truly loves the Lord and believes that God will ultimately vindicate me.

As far as the civil case goes, it has been delayed several times since December, and I am trying to get it delayed again. Because of my motion to Judge Arcara to vacate my criminal sentence, my attorney, I have had for the past nearly 8 years, has withdrawn from my case without notice. His withdrawal was excepted by Judge Sessions in early January.

Judge Sessions gave us, (me, Response Unlimited, and my daughter Victoria) less than a month to find a new attorney which is a ridiculous and unreasonable deadline. Within a week, D helped me to file a pro se Motion to delay the deadline until March 31. The good news is that the new trial ready date, I believe, is now August 15. If Judge Sessions grants my request for delay in selecting a new attorney or even if he doesn’t, we are hoping and praying to push the trial off until early next year, 2021.

In the meanwhile, I am wondering how in the world we are going to pay a new attorney! But I know my God is able to provide and I know we must continue to trust in HIM.

Some days I can get quite discouraged, and yesterday was one of those days. I was told by the unit team that I was ineligible for early release based on good time credits under the First Step Act. This really threw me for a loop, and I was very down. It kept me awake last night and finally I began to pray and gave it all to the Lord. Instead of wrestling with the disappointment I should have remembered what I had read in Psalm 40 the previous morning. “I waited patiently for the Lord; and He inclined to me, and heard my cry, He brought me up out of the pit of destruction, out of the miry clay; and He set my feet upon a rock making my footsteps firm… Since I am afflicted and needy, let the Lord be mindful of me; Thou art my help and my deliver; do not delay, oh my God.” Then this morning, when I woke up, the Lord took me to Isaiah 46:4 which says, “even to your old age, I shall be the same, and even to your graying years I shall bear you! I have done it, and I shall carry you, and I shall deliver you.” What promises! And just when I needed them most.

Later this morning, on my way back from lunch. I poked my head into the team managers office to inquire about the form I needed to file. I asked whether or not being ineligible for the First Step Act would make me ineligible for the Senior Offender Release Program and she said “Oh no, that’s an entirely different separate thing, you are eligible for that!”  What a relief that was!

Please pray though, especially during the next couple of weeks, that God would indeed move on Judge Arcara’s heart to vacate my sentence. The fact that he had sent the very detailed and thoughtful questions to the attorneys requiring an explanation means he believes my request has merit. Please believe and pray with us for a miracle!  We serve a mighty God! Hallelujah and amen!

Patience, diligence and faithfulness
Skip to content Scroll to top