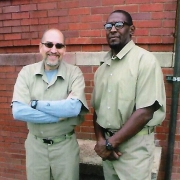 Today was a very encouraging day for me. I had a call out to the mail room for a registered letter: it was a copy of the order from Judge Arcara to my attorneys demanding answers to questions pertaining to the petition from me to vacate my sentence due to ineffective council.

This is a major development, for several reasons. First, apparently the magistrate judge felt it has merit for Judge Arcara to consider. Second, it was dated within two weeks of me sending my supplemental motion. This is extremely fast, which normally is an indication that the judge feels that I have been wrongly sentenced, according to the paralegal in my unit.

The important thing now is that my  lawyers tell the truth. Pray that the case in Vermont, the civil case, will be dismissed if or when my criminal sentence is vindicated! Also please pray, that because of this significant “legal justification for the kidnapping,” as Judge Arcara calls it, which none of us knew of, Lisa Miller’s indictment will be dropped! Pray and then pray some more!

Today was also significant for another reason, my first cellmate, “J“, left tonight at 6 o’clock for his overnight Greyhound bus ride to the prison camp in Petersburg, Virginia. This will take him within 2 miles of my home off exit 92 off I-64 near the entrance mile post 0 of the Shenandoah National Park! “J” came with me to the mail room when I signed for the letter and read it while I waited for prescriptions from the pharmacy window. I then later, in the afternoon, spent one and a half hours with him at the recreation yard.

“J” asked me, “Do you remember the vision I told you about right after you walked into my cell a little over a year ago? How God would send me a cellmate who would be influential in changing my life for ever?  Well, I am completely a different person now my whole attitude on life has changed. Things that used to matter to me no longer matter.” He went on and on and on how God has totally changed him. He talked about the reasons God allowed it to happen to me.  He said it was all for him, but not just him but for “C,” and maybe for “MM,” and many others including those reading my “blog” at www.Romanseight28.com.  God is going to vindicate me but he still has a purpose in all of this. He said the fact that I received that letter on the very day he was walking out the door is extremely significant. The timing just blew him away and was no doubt a sign.

Now here’s the deal, when “C” left,  I told him about the letter I wrote about him, asking people to write him and explaining how he’s praying for a good Christian wife who loves the Lord when he gets out of prison. “J” made me promise I would do the same for him when he left Ashland. Well maybe I volunteered, I can’t really remember. So Friend, please consider writing a note of encouragement every so often to “J.” (I do not have his address yet just his name and number so that will follow soon. As soon as he is able to get it to someone) he was arrested and put into prison for dealing drugs. His wife subsequently divorced him after 20 years of marriage. He blames himself for their failed marriage and would like another start this time with a godly woman. “J” is 50 years old And has six children, all of them grown but the youngest he’s a very intelligent man and can build or repair just about anything he’s a hard worker but loves the outdoors cooking, grilling, riding ATVs, horseback riding and helping other people. And he, too, has really been changed by the Lord. He plans on settling in Virginia when he is released from Petersburg. That should most likely be at the end of 2021, he does not like the city life, and is interested in a wife of any ethnicity. Since I met him, he has a new found love for reading Christian books as long as they’re not too deep, as he is a new reader.  Please pray for “J” that his faith will remain strong and he will find good Christian fellowship at Petersburg! Pray that He’ll be able to get his CDL license and welding certificate and that God will prepare his steps.

Please pray my attorneys will answer truthfully not evade the truth and Judge Arcara will completely exonerate me and release me.

Thank you again for your continued prayers and financial support!

Philip Zodhiates
P.S. The judge gave my attorneys until January 10 to respond, and they gave me till January 31 to respond, and the government until February 20 to file a supplemental response to my motion to vacate. Please continue to pray that God may get the glory in all things!