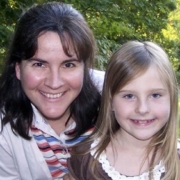 Today I filed my reply to Judge Arcara in response to the government’s response to my request for the trial judge to vacate (set aside) my sentence or resentence me. Next week I will have served nine months in federal prison.

I owe much to your prayers and the prayers of so many others that God has surrounded me with, and his angels for protecting and helping me find favor with other inmates and even some of the guards. Being here away from my wife, children, and grandchildren is not easy, but through God’s grace and mercy, He has not only helped me to endure but to encourage others here to also endure the trials they are going through. I praise God for the tangible difference God has enabled me to have in the life of other inmates and from what I hear from people, even those on the outside.

The fact that I filed this brief to begin with is due to the persistent nagging of my fellow prisoner, “J.” He kept telling me that I have nothing to lose. I really didn’t know how to go about it, and asked for help from my Buffalo trial counsel. He said there were no grounds to file for a resentencing. But “J” persisted that I do so anyway, for which I’m grateful. I sat down one evening after that in my cell, at a loss, and prayed. If I were to do this, God Himself would need to reveal to me how to go about it and on what grounds. Only right then did God remind me of the fact that Bill Olson, an attorney friend who filed several amicus briefs on my behalf, uncovered the applicable statutory defense of abuse in the law under which I was convicted.

It suddenly hit me that the clear evidence of the abuse that young Isabella endured was something I had insisted to my attorneys must be brought out at my trial, for what juror wouldn’t have compassion on a five year old child and her mother whether or not the allegations could be proved? Yet my attorneys adamantly insisted that using the alleged abuse in my defense would establish a motive and would be a grave mistake. This, I suddenly realized that night in answer to my prayers, was significant grounds to have my sentence looked at once again by the trial judge!

The government’s response to my request to Judge Arcara I received on August 12, which I had no idea was coming, seemed like a lot of double-speak. They said Judge Arcara needs to find out if indeed my attorneys knew of this affirmative defense, and merely chose not to reveal it to me, or if they had indeed revealed it, which I stated already, they had not. They also said that the attorneys had in their possession the “evidence” of the abuse. But they had in fact showed none of it to me.

Furthermore, the U.S. Attorney told Judge Arcara, the evidence could not be proven, nor could my motives.

However, court procedure says that such alleged evidence need not be proven so long as there is a reasonable basis for me to believe it.

So today in my reply, I told Judge Arcara this, and that there indeed is no other explanation for providing my assistance to Lisa Miller.

Hence, both justice and reason demand the relief I, the petitioner, am seeking. I reiterated that whether or not my attorneys knew of the affirmative defense for the suspicion of abuse, they did not inform me of the statute. The government in their arguments seemingly aided me in my position.

So please keep praying that Judge Arcara will indeed send me home immediately. Pray also that this will positively impact the civil suit, causing it to be withdrawn, and that the indictment against Lisa Miller be dropped.

Today I once again thanked “J” for continuing to persist I file that motion. He said, “Well, it’s you I need to thank, because without you I would have never gotten my life straightened out.” “J” is determined to follow the Lord for the rest of his life, praise the Lord!

Once again, thank you for your prayerful concern and support, and for so many of you who have helped us financially to affect the legal fees which continue to mount. I’m also very grateful to Janet Stasulli for providing this opportunity for me to communicate with so many of you at one time and everything she does. I thank God for you all, every day!