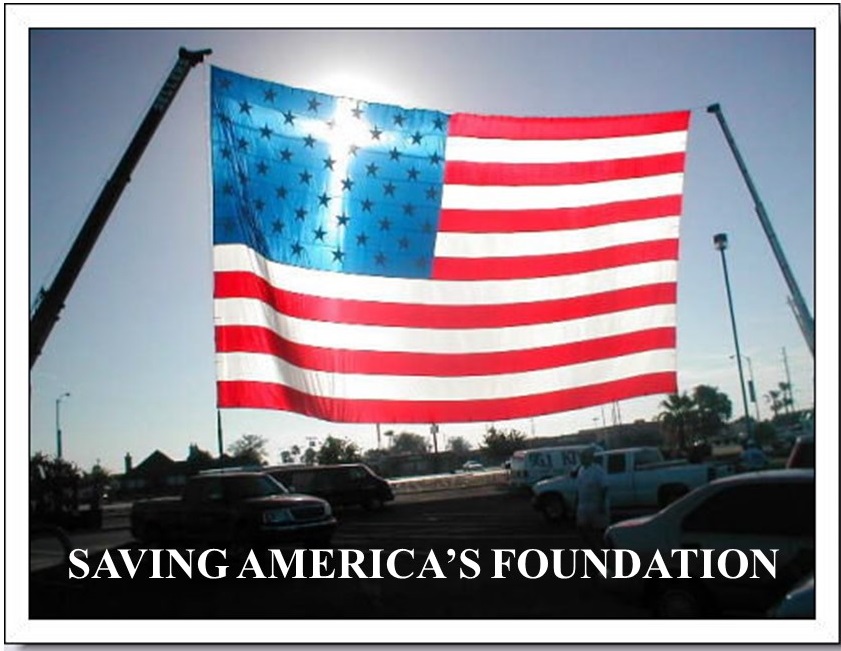 Will you help “Save America’s Foundation?”

Are you willing to invest financially in a campaign to “Save America’s Foundation?” A spiritual awakening is needed in America and a return to a Christ-centered gospel that can only come from above.

In 1962, prayer and the Ten Commandments were removed from the schools. The Church was silent.

he killing of unborn babies was legalized. The Church was silent.

In 2015, marriage became a “civil right” and men marrying men and women marrying women became legal. The Church was silent.

In 2021, the Virginia General Assembly voted to remove God’s definition of marriage, one man and one woman, from Virginia’s Constitution and replace it with language whereby anyone can marry anyone and anything and legalizes polygamy. This same legislation must pass again in January 2022 to be placed on the ballot for the people to vote. The Church is still silent.

Presently, the schools are rewriting the creation account of the Bible and teaching children are born in the wrong body, and they can choose their sex. Those who call themselves Christian cannot be silent.

It was forty years ago that Jesus saved me from homosexuality. As a freshman in college, I walked away from my Christian upbringing and it took almost ten years of rebellion for me to realize I needed Christ in my life. During those ten years, God’s grace and mercy carried me through acts of homosexuality, a dependency on marijuana, the clutches of the Communist Party of America, a satanic cult, facing a sawed-off shotgun and an attempted rape. When I reached the end of my rope, I called out to the Lord. He heard me, forgave me and restored my life with a second chance.

We need God in America again. Our nation is in need of a second chance. I need financial support in an effort to gather like-minded individuals together to Save America’s Foundation by returning to the Judeo-Christian principles America was founded upon. II Chronicles 7:14 has historically been quoted often; yet no one has yet to put the scripture into practice. “If my people which are called by my name, shall humble themselves, and pray and seek my face and turn from their wicked ways; then will I hear from heaven and will forgive their sins and will heal their land.” . . . in humbling self, we will acknowledge our need for God . . . We pray and seek the Lord and speak up . . . We realize we are sinners in need of forgiveness . . . We cease from committing those sins and turn to Him, I believe with my whole heart that God can heal America just like He did me.

I have begun a campaign called SAF – Saving America’s Foundation. Sadly, I do not have the financial backing to do it on my own. Can you help me move this effort to Save America’s Foundation forward? You will become a part of your own investment with regular updates. Together we can return to the Gospel with guidance from God.

HOW YOUR DONATIONS WILL BE USED:

The Bray Family
Scroll to top