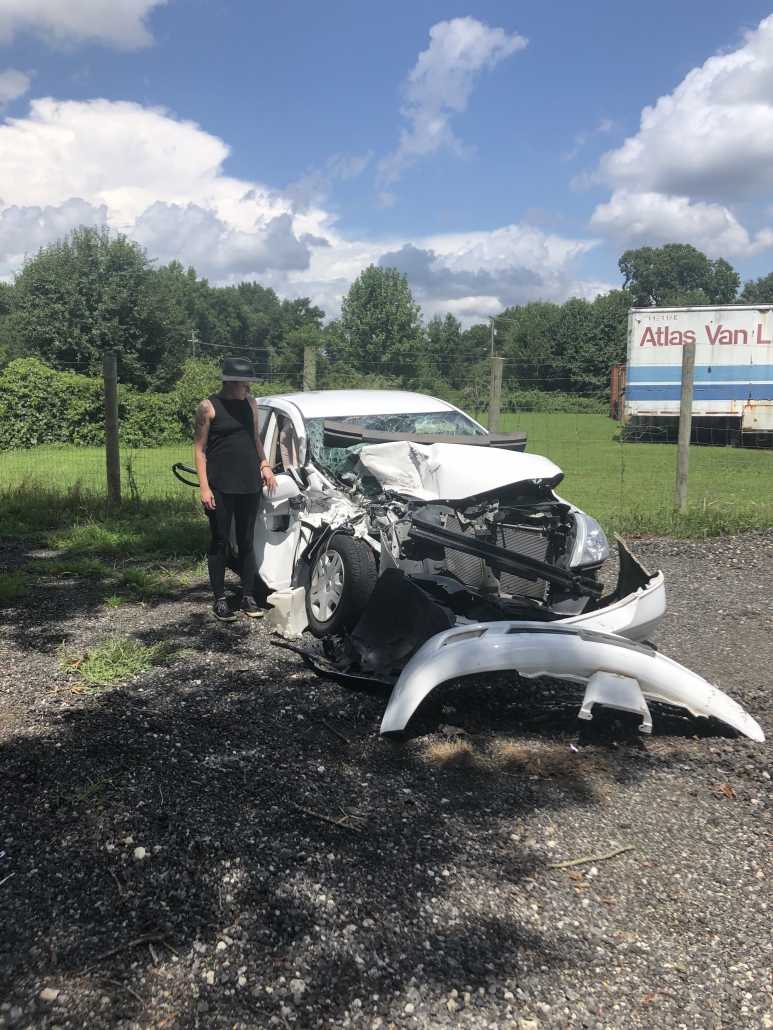 I delivered a check to Hanna yesterday and she testified that the Lord had been with them. Brenda had told me that Waylon usually drives with Hanna in the passenger seat, but on that particular day, Hanna was driving. Because of this change, Hanna’s life was spared. Waylon is a big guy and was able to withstand the impact much better than Hanna ever would have.
Hanna said yesterday that during the spinning, she heard the Lord say to her that everyone was going to be okay (injured, but alive). So once they stopped spinning and ended up hitting the commercial vehicle, she knew Eden (in the backseat in the car seat) was okay, and she could concentrate on aiding Waylon. She has such a sweet spirit.
Her right shoulder was injured and still hurts, but she has had to concentrate on Waylon’s PT and taking care of Eden to get the attention that her shoulder needs.
– Janet Stasulli
**************
“I never wanted to ask people for anything. I wish to live in a society  where taking care of one another is built in. Where we don’t have to struggle and stress when something, anything goes inevitably wrong.
“Where the fabric of leaning on one another is woven into our daily lives. Thank you for your support in the now. In the not yet and the in between. Your donation is a message of hope for a world where we are connected, united.
And right now, the best we can do is hope.
“Love,  Hanna”

The Sims Family was devastated, not only physically, but financially by a horrific accident on I-64 outside Richmond, VA. 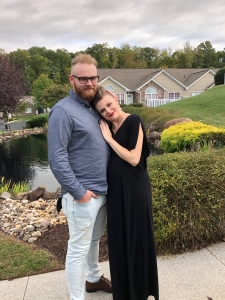 While traveling on I-64 outside Richmond, VA, their car was hid in the back at about 70 miles an hour. Hanna had slowed for an accident that just happened. The driver of the car that struck them told the police officer she was looking down when the accident happened.

The impact caused the car to spin and then strike a large truck with its right front. The car was totaled and the insurance company offered them a total, for everything, $5,500 which will not even cover the total loss of the car.

Hanna had some shoulder injury (no broken bones).

Because the front impact was on the passenger side, Waylon suffered the most physical injuries. He has a broken femur with knee injuries. The femur split diagonally and was thrust into his knee. They are not sure of the extent of the damage to the knee. He will possibly need additional surgery. He has a rod and screws in his leg. He is in therapy now.

ACCOMMODATIONS:
They cannot get into their apartment in Richmond due because is it on the 3rd Floor; thus they are now living with Hanna’s parents in a 2-bedroom condominium.

INSURANCE:
The lady who struck them had what is called a “minimum insurance policy” with $25,000 dollars for all claims. This wreck caused extensive damage to four vehicles. They all have to share this money.

FINANCES:
Waylon has been told he could not work as a chef until at least 1-1-2021. He is the only bread winner; because Hanna was a stay-at-home mom for Eden.They are currently putting all things on credit cards. Rent alone is close to $1200 a month. Unemployment does not work for injuries.

Waylon has not been given a future prognosis yet . . . he normally worked 10-12 hour days on his feet as the head chef at a restaurant in Richmond called Crafted. They cannot pay him since he cannot work.

The family is praying for a miracle – will you help?