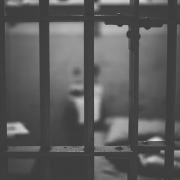 Within merely the past few days we are witnessing dramatic changes in our nation, for the worse. And not just for the United States, but for the world! The lives of many unborn children are being targeted for extinction through the reversal of President trumps ban on providing funds to the rest of the world to fund and promote abortion. Thousands, perhaps millions, have already lost their jobs and massive income redistribution has begun under the guise of Covid-19 relief or economic stimulus. The targeting of Christians is soon to come in an attempt to silence us from sharing the Good News of Jesus Christ. And the Constitution of the United States which is supposed to protect us, has become a mere window dressing to be ignored unless it can be used to score political points in the left’s political rhetoric.
From my very limited perspective, things are far more dire than any expected.

Yet this has happened many times before in history. One time was the year 1553 in England, when Mary Tutor seized the throne and began executing her political enemies and closing protestant churches 30 years into the English reformation.

John Bradford was one of the hundreds of protestant pastors who had to step aside from his pulpit to be replaced by a Catholic bishop. His replacement, Gilbert Bourne, was met with disdain by the congregation who heckled him. What caused Bradford to step forward to hush the angry crowds was hastened by someone throwing a dagger at Bourne, who Bradford shielded and lead out a back door till he got to safety.

Yet in spite of possibly saving Bourne’s life, John Bradford was charged with sedition and found guilty of fostering an attempt on Bourne’s life. (Sound familiar?). While awaiting execution by burning at the stake, Bradford brought many to Christ in prison, preaching a salvation message right up until the flames were about to overtake him. Peter tells us, however, that when we suffer for doing right and are patient beneath the blows, God is pleased with us. I am convinced many more will now face the same fate as myself or perhaps even John Bradford, in the years to come in our once free nation of The United States of America. But what a joy it is to suffer for HIM! Never, ever back down from doing the right thing, no matter what false accusations might be brought against you and regardless of the repercussions. Bradford’s sentence resulted in a speedy martyrdom. Mine resulted in a three year prison sentence. Yet in hindsight I wouldn’t have traded it for anything!

“For this finds favor if for the sake of conscience a man bears up under sorrows when suffering unjustly“ (1Peter 2:19).