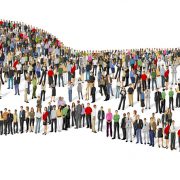 Modern crowdfunding, has been around almost since the beginning of the Internet. In 1997, the rock band Marillion crowdfunded an entire album of their and a few subsequent albums. However, with the rise of websites such as Kickstarter and Indiegogo many other music groups, amateur filmmaker, and entrepreneurs have used the method to great success.

Like many other great ideas, Crowdfunding had to go through a few trials before it was accepted as a legitimate way to fund projects and businesses. In 2012, the Jumpstart Our Business Startups (JOBS) Act made it easier for entrepreneurs to fund their ideas through crowdsourcing. This bill allowed for larger fundraising efforts to be conducted, raised the amount of shareholders a small business could have, and allowed for “general solicitation” which means that people can invest freely into crowdfunding projects as long as they receive something in return. Because of this bill, we have seen a spike in the amount of projects that are being crowdfunded.

Crowdfunding is a Growing Trend

People are choosing to crowdfund their projects at staggering rates and for good reason. Some projects such as Pebble Time, a watch brand, have raised millions of dollars from sites like Kick Starter and Indiegogo. The medium is also experiencing exponential growth. According to Fundable, crowdfunding has had a growth rate of 74% in just 2 years.

Crowdfunding campaigns can be advantageous for you or others for many reasons. One of the main reasons this could be a good choice for you is it can provide startup money without having as much liability. When you fund a new business or idea through the bank you often have to provide collateral. However, when you crowdfund a project all the participants share the liability which is usually only a few dollars.

Also, in a lot of the sites that allow crowdfunding participants can contribute ideas to make the product work better. These sites can add forums that can give the creator of the product ways they can improve and an audience to test ideas with.

Facing the Light
Skip to content Scroll to top