Philip Zodhiates has appealed to the Supreme Court, and a 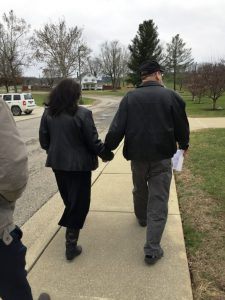 conference is set for Friday, January 4, 2019. Please pray that the justices will accept his case and will stay his prison sentence and have him released from prison while his appeal is being heard.

Philip’s “crime” – acting with Christian love by giving Lisa Miller and her daughter a ride from Virginia to New York.

1. Isabella was being physically and emotionally abused by Janet Jenkins.

2. Lisa was a concerned mother.

3. Lisa had full custody of Isabella, and a Virginia judge had ruled that she was Isabella’s only mother.

4. Lisa had no travel restrictions.

5. Both Lisa and Isabella had unrestricted current passports.

A Christian has been imprisoned for acting as Christ would!

James 5:16b: “The effectual fervent prayer of a righteous man avails much.”