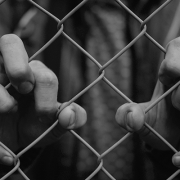 Another blow to Philip Zodhiates and his quest to remain free. His en banc appeal to the 2nd Court of Appeals was denied. An en banc appeal is an appeal for a rehearing before the entire court instead of the 3-judge panel that heard his appeal on April 9, 20

He is going to appeal to the Supreme Court, but without God intervening, the odds of getting a hearing before the Supreme Court are very low (3%). Philip may have to surrender within the next 90 days for a 6-year prison sentence.

How would you fare if you took a strong stand for God’s design for marriage and family? Philip and Kathie have been living this persecution since September 2009. He gave Lisa and Isabella a ride from Virginia to New York while Lisa had full custody of her daughter and no travel restrictions. Doesn’t sound like a crime to me.

Do we stand together with our fellow Christians who are standing for God’s standards?  We have the power within us that raised Jesus from the dead! We have nothing to fear!

Let’s PRAY and FAST for God’s intervention. If God leads, Philip would appreciate your donation.