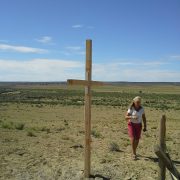 With the growth of the ‘Social Justice’ movement in the United States, morality has become a moving target and Christians are facing constant challenges to their religious freedom. More and more traditional Christian values are considered ‘hate’, and ‘discrimination’, and large corporations are starting to take a stand against them. One example is GoFundMe and the Sweet Cakes bakery, owned by Melissa Klein. 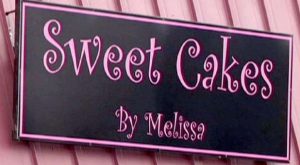 In 2013 the Christian owners of Sweet Cakes bakery turned away a lesbian couple who had asked them to make them a special “wedding” cake. In August 2013, the women complained to the state Bureau of Labor and Industries. A judge later ruled that the owners illegally discriminated against the couple based on “sexual orientation” and fined the business $135,000 for the women’s “emotional suffering.”

Christians from all over ran to their aid and raised more than $100,000 in support of Sweet Cakes on GoFundMe.com. However, LBGT advocates complained and GoFundMe subsequently took down the page. That was all it took! GoFundMe’s excuse for taking down the fundraising page was a so-called policy against “formal charges in defense of heinous crimes,” although the bakery’s owners had never actually been charged with a crime.

This story is just another example of why we are here, and it is why Christians need alternatives. 419 Fund was founded for this purpose. Not just as an outlet for Christians to support contentious issues, but a place where Christians can come and support each other without fear of rejection and work together as a community as God called us too. Raise money for mission trips. Raise funds for churches who are rebuilding. Listen to encouraging stories and stay connected in prayer. Let’s build that community online and support each other!

About 419 Fund
The 419 Fund is a 501(c)3 non-profit crowdfunding site that provides an opportunity for Christians to support one another for legal, medical, scholarship, missions and more. 419 Fund was conceived and created to help Christians lift and ease fellow Christians’ financial burdens. 419 Fund approves opportunities for funding including legal fees, court costs, attorney’s fees, fines, individual medical needs, supporting pro-life organizations, and providing aid after natural disasters. Fundraising can also be used to generate scholarships for deserving college students, or to gain financial support for missions and missionaries. 419 Fund is a non-profit organized under the laws of the Commonwealth of Virginia.

For more information on the 419 Fund visit them online: https://419fund.com